What is cattle genetic testing and why is it important for livestock?

Tissue sampling and cattle genetic testing are becoming increasingly important in the livestock and food industries. It is used for a number of important livestock management aspects, including DNA testing, genetic heritage testing, the diagnosis and eradication of diseases such as BVDV in cattle, and food traceability.

Livestock genetic testing has come a long way in the last few years. It has evolved from simple hair samples to more advanced methods that use dedicated devices such as Tissue Sample Tags (TST) and Tissue Sample Units (TSU).The TST system is used to collect a tissue sample from an animal’s ear during the tagging and identification process, while the TSU system is used to collect the sample from animals that already have an identification tag.

What is tissue sampling used for?

Tissue sampling is becoming increasingly imperative to the livestock and food industries. It is used for a number of important applications such as genomics, genetic heritage testing, disease diagnostics and eradication, and food traceability.

Biosecurity – control and eradication of diseases such as BVDV

The identification and traceability of livestock and their products is extremely important for controlling animal diseases and for public health. Tissue sampling offers a quick, easy, and reliable way to efficiently diagnose contagious livestock diseases such as BVDV in cattle. As this disease has serious financial implications, calves born Persistently Infected (PI) with this disease need to be identified as soon as possible so that they can be removed from the herd before they infect other animals.

The Tissue Sampling Tag (TST) method is ideal in this case as it is done during the application of the ear tag immediately after birth. It takes only a few minutes and causes minimum distress to the animal, and is then sent to the lab for analysis to identify BVDV-infected animals.

Genetic selection, which is also known as genomics, is one of the most powerful tools available to livestock farmers today. It involves the discovery and identification of DNA sequences or molecular markers that are linked to specific animal traits.

Farmers can use tissue sampling tools to test the parentage of pigs, chickens, sheep, cattle, and other livestock animals, and to facilitate direct and assured traceability over the course of their lives. They can also use them to identify specific genetic traits in animals and then use this information to make proactive decisions about animal selections and selective breeding. This in turn can lead to better health, growth, meat quality, milk production and quality, and more, for improved decision-taking.

In addition, genetic testing of tissue samples can be used to screen animals for undesirable genes that cause genetic diseases, increased tendency for specific diseases, and physical defects. An example of testing for selective breeding is the testing of sheep for their level of resistance to Scrapie.

Food traceability – knowing where our food came from

In addition to the increasing need for regulatory bodies to accurately test and prove product quality and food safety, consumers are also asking for information about where their food is coming from. With tissue sampling, DNA and molecular markers can be used to test and trace food products across the food supply chain – from the farm to the abattoir to the consumer’s plate. Producers can also use this tool to prove the quality of their product, for example this is used to accredit Swiss beef.

One sample for life, with Allflex’s tissue sampling solutions

Allflex tissue sampling solutions offer some important benefits to farmers looking to improve the biosecurity, herd genetics, and traceability aspects of their cattle management strategies; and the uniquely fraud-resistant and visually recognizable TST tag has one of the highest success rates across the globe.

Both the TST and TSU solutions enable farmers to collect a small tissue sample from an animal’s ear using a quick squeeze motion, with minimum distress to the animal and without additional support. This significantly increases efficiency and saves time and costs. The samples are sealed and preserved in vials with a unique liquid preservative. The vials are pre-labeled with unique 2D barcodes, which enable the tissue samples to be linked seamlessly to other identifiers, such as visual identification numbers and RFID numbers. This facilitates clean and uncontaminated sampling, as well as automated processing in laboratories for better analytic results, faster and higher throughput, and a reduced need for resampling.

As the tissue samples contain a large quantity of high-quality DNA and are stored in a liquid buffer that can also be used for testing, they can be stored in labs for additional gene testing at a later stage. This minimizes the need to re-sample the animal and enables farmers or other stakeholders to retest animals as DNA technology advances, confirm DNA when animals are sold or transferred, and facilitate additional traceability across the food supply chain – all using the original tissue sample.

As a result of scientific advancements in the mapping of livestock genomes, together with the continued development of advanced technologies and analytic solutions, genetic testing of livestock is more efficient and cost-effective than ever before. And, this is only the beginning, with researchers continuing to discover more identifiable genetic traits in livestock, and the potential benefits of DNA testing and genomics in livestock management, biosecurity, and food traceability gaining ever-wider recognition.

Want to learn more about the Allflex tissue sampling solutions? Start now by contacting us 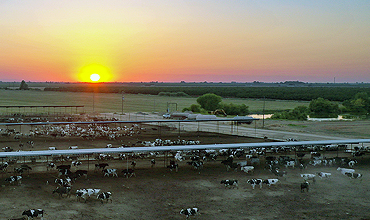 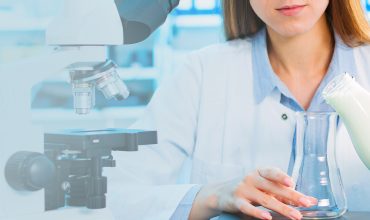