Challenges in monitoring the health of individual calves

Despite efforts to monitor the health of dairy calves, the youngest members of the herd continue to be the most vulnerable on the farm. In fact, dairy calves have the highest mortality and morbidity rates compared with the rest of the herd. 10% of US dairy heifers die before weaning, while morbidity rates can reach between 30-46%.

The vulnerability of dairy calves can be attributed to the many risks they face early in life. First, the failure of passive transfer and insufficient milk feeding can leave calves hungry and inhibit their growth. In addition, the gastrointestinal tracts of young calves undergo enormous structural and microbial changes, leaving calves particularly vulnerable to disorder and disease. Weaning, too, is a challenging period, since it’s often accompanied by dramatic dietary shifts.

Even when dairy calf care is assigned to most experienced employees, only 55% of health events can usually be detected despite clinical signs being available. Monitoring the health of individual calves only becomes more challenging once calves are moved into group housing after weaning. The data reveals that despite the high vulnerability of dairy calves, standard methods of cattle health monitoring continue to be insufficient in supporting calf health.

Despite farmers’ best efforts, many of today’s cattle monitoring practices fail to address the high morbidity and mortality rates among dairy cows. Here’s why:

The standard approach to cattle health monitoring is to evaluate cow health based on visual and behavioral cues. However, visual inspection alone doesn’t necessarily reveal when cows are ill. Fevers, for example, are difficult to detect by appearance and behavior alone. In one case, 2.5% of calves that were never reported as ill by a staff member died during the pre-weaning period.

Analyzing the behavior of feeding calves is also insufficient for detecting disease. Because calves are often fed less milk than they really need, even sick calves with a depressed appetite will still visit the feeder and consume the amount of milk given to them.

One-sided approaches to cattle monitoring based on visual and behavioral cues simply aren’t enough to prevent morbidity and mortality. Instead, a robust, multi-modal approach is necessary for a more accurate and holistic evaluation of cattle health.

The calf stage of the dairy life-cycle has few routinely collected key performance indicators compared to other aspects of modern data farming. This isn’t because farmers aren’t interested; on the contrary, it’s because there’s a severe absence of data pointing out the problems with current monitoring practices and how to fix them.

The industry needs dedicated resources for calf health monitoring that use a multi-faceted approach in accurately identifying diseases and evaluating health. A cattle health-screening tool needs to employ multiple simultaneous measures for evaluating calf health, including activity monitoring and assessment of suckling and rumination patterns. By updating their cattle health monitoring strategy to support smart technology that analyzes a full range of calf activity and behavior, farmers will be able to quickly identify suspect calves, detect and treat diseases early, and improve the health and wellbeing of the herd overall. 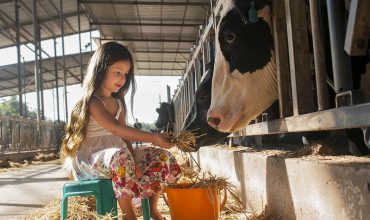 Prove Cows Are Happy? Yes You Can, With a Cow Monitoring System 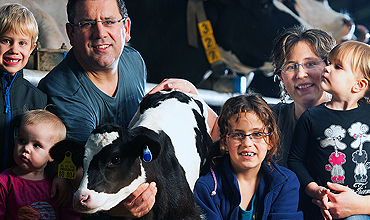 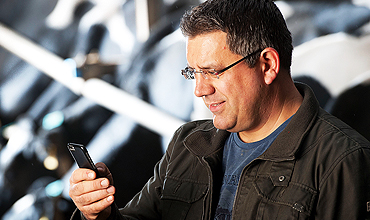