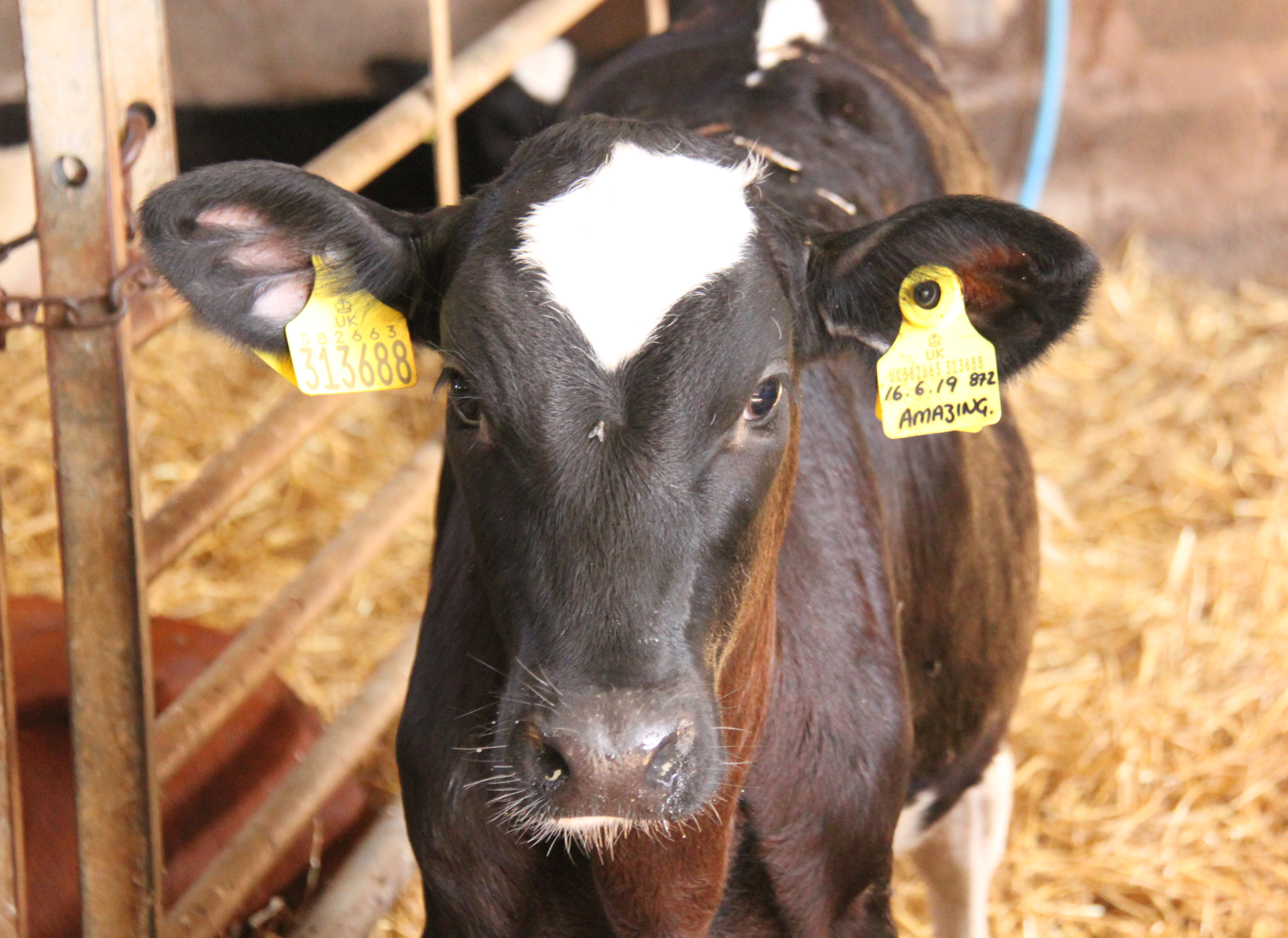 For Philippa MacTaggart, dairy herd manager for WP Callander and Co in Dumfriesshire, the introduction of a heat detection system has enabled her to make significant improvements to heifer fertility, ensuring she has a consistent and reliable supply of replacements for the herd’s lower yielders and older animals.

WP Callander and Co consists of two dairy herds totalling 1500 cows. At the business’ main Crofthead Farm near Crocketford, dairy manager Philippa MacTaggart is responsible for the day-to-day management of 1100 milking cows plus the herd’s followers and youngstock.

In the four years that she’s been at the farm, Philippa’s primary objective has shifted from producing female calves for herd expansion, to ensuring there’s a consistent supply of good quality replacement heifers available.

“We’ve been using sexed semen for a number of years to maximise the number of female calves being born, and, more recently, have made some significant changes to our heifer breeding programme to make sure we’re using each straw as effectively as possible,” Philippa explains.

Up until two years ago, the herd’s heifers were managed off-site, but they are now housed on-site in the farm’s ‘dome shed’. “It made sense to bring the heifers to the main farm so that I could keep a closer eye on their fertility,” Philippa continues. “It not only saves me time having them close by, but also means I can be more accurate and consistent in terms of when each animal is inseminated.”

In January 2019, Philippa spoke to her Semex sales representative, Tom Callan, who recommended Allflex’s SenseHub system as a means of detecting heats and providing an early warning of behavioural anomalies which could be indicative of underlying health or welfare issues. Ninety SenseHub eSense ear tags were subsequently purchased, with each heifer fitted with one of the ‘smart’ tags as soon as she enters the dome shed.

“I opted for the eSense ear tags for their convenience of fitting and because I was concerned the alternative cSense neck collars might get caught on our older style locking yokes,” Philippa describes. “At first, I was a little sceptical about the tags’ ability to identify heats early enough and was challenging their ability to spot heats in animals I knew were silent bullers. But I was wrong to question the system’s accuracy as it has picked up on every single heat event and I’m now completely confident in its ability.”

Sexed semen is used for the first two inseminations in heifers, with any subsequent services reverting to beef semen: “My primary focus is to ensure we’re getting five or six heifers pregnant with female calves each week,” Philippa continues. “Compared to life without SenseHub, we’re moving heifers in and out of the dome shed far more quickly than I imagined.

“Our insemination rate jumped from 30% to 40% within a couple of weeks of the first ear tags going in, and we’re turning heifers around in eight to nine weeks compared to three to four months. As a result, the average age of heifers at calving has reduced by two months. And, because I’ve got total faith in the system’s accuracy, I’m spending less time with the heifers which leaves me free to concentrate on maintaining the milking herd’s fertility.”

Semen usage has also declined by 15% which lets Philippa be more selective when choosing which bulls to use. “Instead of using two or more straws to get a heifer pregnant we’re now using an average of 1.7 straws, and we’re regularly seeing 100% positive PD results when testing heifers. That gives me the confidence to invest in sexed semen from better bulls as I know we’re more likely to make each straw count.”

In Philippa’s opinion, the secret to improved conception rates isn’t just about spotting heats accurately, but also ensuring inseminations are carried out at the optimum time. “In the past, I was only AI-ing at morning and night. Now I can refer to the SenseHub AI timing report on the computer or my phone to see when each heifer’s heat started and serve her at the optimum time.

“I AI cows in the milking herd at 14 hours into a heat event to let them settle down a little from their peak activity but serve heifers slightly earlier at 12 hours to maximise conception rates,” Philippa explains. “My first job each morning is to check the diary and to log into SenseHub to see which heifers need my attention so that I can organise my day accordingly. It’s a much simpler, more straightforward way of working and certainly more reliable than using scratch markers to spot heifer heats. “As well as making my time easier to manage, the SenseHub ear tags have also enabled us to stop using ovulation synchronisation treatments on silent or non-oestrus animals. We’re saving £9-£15 per animal and still achieving a heat detection rate of 97.6%. As a result, our insemination rate has risen from just over 30% before the ear tags were introduced, to an average of 40% and a peak of 60%.

“It’s this ability to make informed management decision which enables us to ensure each heifer is maximising her contribution to the herd by producing a dairy heifer instead of a beef calf as quickly as possible. It also allows us to be more selective when it comes to culling cows as we’ve got a readily-available supply of heifers to replace any cows which aren’t performing, or which are costing too much in veterinary attention.”