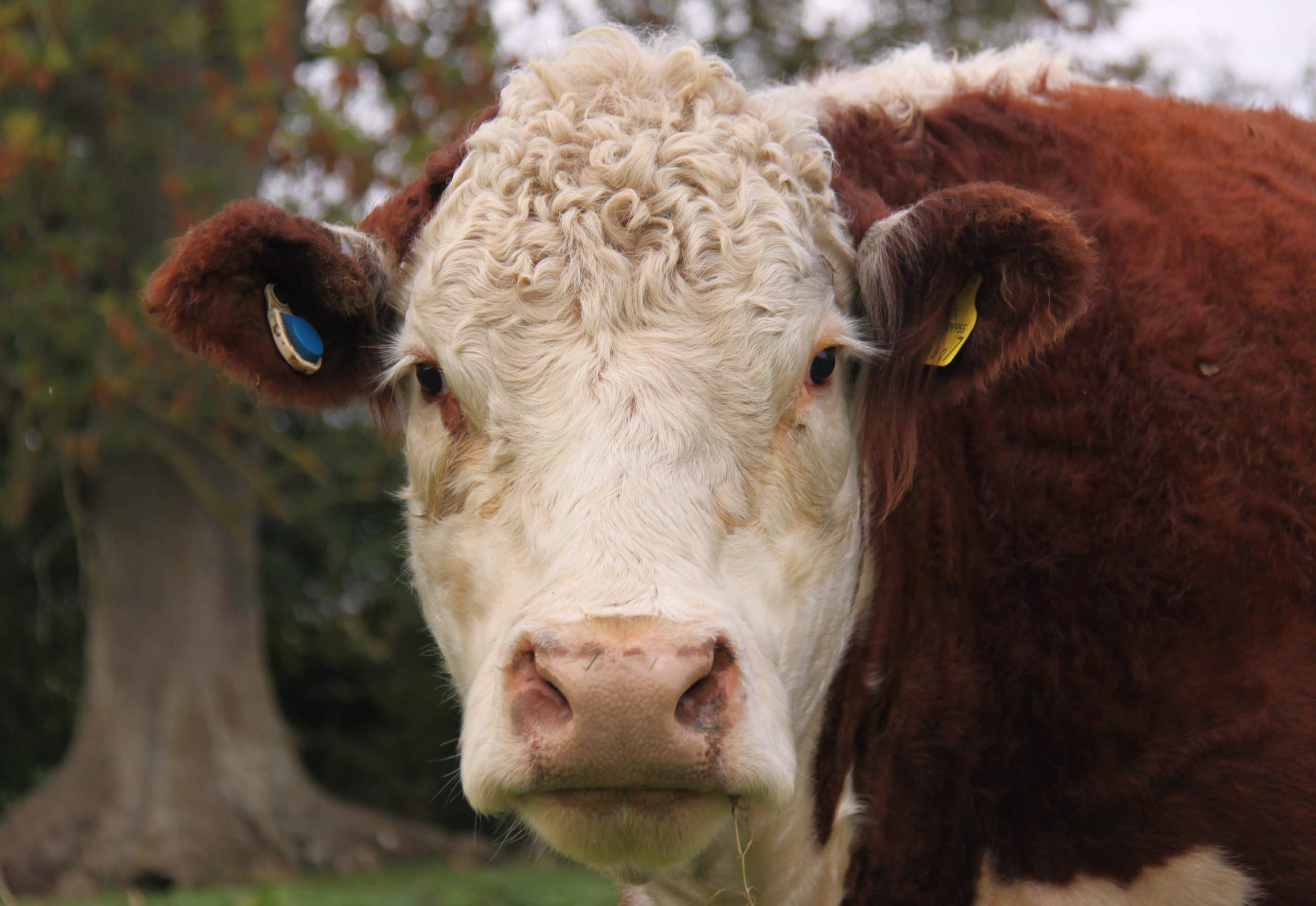 Installing a beef-specific health and fertility monitoring system has enabled Lorraine Hobson to improve the productivity of her Eldersfield herd of pedigree Herefords, with accurate heat detection and early health warnings adding an extra level of detail to the way the herd is managed.

Based at Marsh Court Farm on the Gloucestershire/Worcestershire border, Lorraine Hobson farms a total of 500 acres. Alongside 220 acres of arable crops and 20 acres of cider apple trees, she and farm manager, Dan Goodman, also rear beef cattle, with the Eldersfield herd of pedigree Herefords currently numbering 120 suckler cows.

Having recently converted from a spring and autumn calving system to a spring-only pattern – to reduce production costs, make better use of fresh grass, and to create a more uniform herd – Lorraine and Dan have turned their attention to fine-tuning the way the herd is managed, and have been using Allflex’s SenseHub Beef system to monitor health and fertility indicators.

“My late husband, Andrew, was always interested in using new technologies to make the farm more profitable and to improve production efficiencies,” Lorraine explains. “Using the SenseHub system to monitor the performance of the beef herd is an extension of this philosophy and one which has allowed us to gain a better understanding of each cow’s health and fertility status.”

Each suckler cow is fitted with a small, battery powered ear tag which measures the animal’s activity, rumination and other key behavioural parameters on a 24/7, 365-day basis. This data is then transmitted hourly to a server which delivers the information to the farm computer or smartphone app where the information can be interrogated to identify cows in heat and to provide an early warning of potential health problems.

“The monitoring system enables us to spot under-lying conditions such as respiratory issues or scours much earlier than even the most experienced stockman could,” Dan explains, “with potential problems often highlighted before any physical symptoms are apparent. That lets us treat problems before they get out of control or start to impede the herd’s performance.”

The SenseHub system has proven to be accurate to the point that it even raised attention to an outbreak of New Forest Eye which was causing a number of cows some mild discomfort. “We kept getting health alerts for a specific cow but, because she wasn’t showing any physical symptoms to suggest there was anything wrong with her, we dismissed them,” Dan describes. “However, each time another cow contracted the condition the SenseHub system recognised the animal’s distress as a change in her activity and rumination patterns and flagged her up. We therefore investigated further and diagnosed the problem as New Forest Eye which we were able to treat before it got too serious. We then used the SenseHub activity and rumination graphs to assess each cow’s response to the medication which gave us the peace of mind that the treatment was working.”

The monitoring system also enables Lorraine and Dan to keep a tight control on the herd’s breeding programme.

“Having recently converted the herd to a spring calving pattern we were eager to maintain a tight calving window,” Dan continues. “That meant finding a way of spotting each and every heat as accurately as possible so that we could make informed decisions about how to manage each cow’s breeding cycle.

“The SenseHub system highlights the subtlest of heats and has meant we no longer need to worry about spotting bulling cows while they are away from the farm buildings. It also indicates the optimum time to inseminate each cow which means we’re getting better conception rates from AI. That’s given us the confidence to reduce our reliance on stock bulls and to use AI on more cows as a means of bringing in new bloodlines. And because we’re getting more cows pregnant, we’ve got the confidence to invest in better semen to breed the herd’s next generation.”

By monitoring activity levels and assessing heat patterns post-insemination, the SenseHub system can also indicate whether or not individual cows have conceived and provides an accurate date for when each cow is due to calve.

“As we get more confident with what the SenseHub system is telling us, we hope to be able to reduce our veterinary bills by cutting back on our regular PD checks,” Dan describes. “And by using the data to monitor the herd’s reaction to dietary changes at spring turn-out and at winter housing we’ll also be able to make better nutritional decisions.”

The SenseHub installation at Marsh Court Farm has been customised to enable data to be collected from anywhere on the farm, even when cows are grazing in the furthest fields.

“We knew the ear tags would be able to transmit data back to the SenseHub server when the cows were housed during the winter but didn’t know if they had the range to work in our remotest fields,” Lorraine explains. “Allflex overcame this problem by installing a signal booster on a hill above the farm.”

This prototype system uses two solar-powered SenseHub antennae which are located back-to-back to provide 360-degree coverage over a 1,000-metre radius. The antennae collect data from the eSense ear tags before transmitting it via a SIM-enabled internet connection to the SenseHub server in the farm office.

“It’s actually a very neat and simple solution to what could have been a significant barrier to using the system when our cows are grazing in the summer,” Dan adds. “We’ve now got 100% coverage across the entire farm which means we can monitor the cows 24 hours a day, all through the year. The next step will be to tag our calves at birth so that we can monitor their performance and find new ways of improving our youngstock management.”